WOW!!! I am home from Kansas City.  It was a week filled with BBQ, business, and friends.  I flew in a day early, and got to visit with some of my family that lives about 85 miles away.  Not everyone was available, but I got to have a meal with my Aunt, and a cousin and her husband.  I was so good to see them.

The first day of the conference include the BBQ tour, where we board a bus and visit 3 local BBQ places.  Our first stop was at a place called Plowboys BBQ .  They stated a a Competition team turned restaurant.  They have a huge catering business and even do the food for the Chiefs games, and the Royals games. 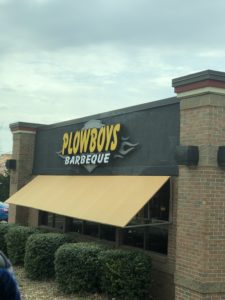 Our second stop was at a place called Slaps BBQ.  He too started as a competition team and opened his own place.  And let me tell you, this was amazeballs!  by far my favorite of the three, his ribs, brisket, and his sausage were totally off the hook good.  I even got my first KC local beer and it was really good.  Even their sauces were good. 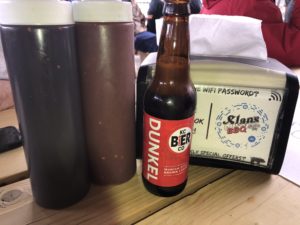 Our third stop kinda confused me as we pulled into a gas station/ convenience store, and here is where we went to Joes.  He has a bbq restaurant inside of the store.  It was really good as well.  I actually cried a bit when I saw them cut the end of the brisket off and toss it in the trash.  They said that its too tough so they don’t serve it.  We all told them that it is the best part.   They have a huge catering set up with more southern pride smokers that I have ever seen in one place.  a section for ribs, a section for brisket, and a section for pork butt. 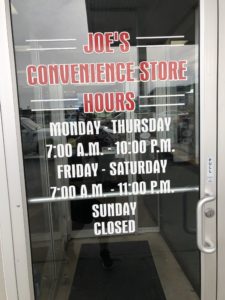 Then we got back to the hotel just in time for the culinary Fight Club.  where they had 10 teams making street food, in an iron chef style event.  then you could go to the different tables and get a bite of what they made.

The following morning stated a day of events where we got to hear from experts, and connect with people in the industry, whether it be competition teams, businesses, restaurants, or sauce makes like myself.  Last year I had met so many wonderful people and getting to see some of them this year was truly great.  Last year, I connected with a father/son team out of Texas, and since then we have kept in touch.  the son and I have a common interest… Hockey.  So this past year, we have razzed each other about our teams, and thy were playing each other during our time in KC so I got to rub it in his face that his team lost.  I sent them a card when I got back from Texas last year thank them for their kindness an even sent them a Christmas card, and when we saw each other and hugged, they thanked me for the cards.  I was so touched.   I got to see people for the first time, and made some new connections.     That evening was the Awards of Excellence banquet.  Where we got the chance to have our products judged.  I walked away with 2 awards, both for my rubs.  I got 4th place for my Rockin’ Red Rub for Pork, and a 3rd place medal for our Sizzlin’ Seafood Rub. 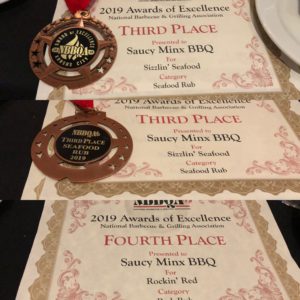 On Friday was more sessions, followed by a Steak Cook off, of which I had entered.  I brought with me my rubs, and a local Oregon beer.  I got so much advise from folks on how to do it, but I simply wanted to showcase Oregon flavors…. I finished 23rd out of 37.  I was cooking alongside the guys that won 1st place.  These gentlemen are from Arkansas, and this is what they do besides catering.  They take the steak cook offs seriously.  Travel all over to compete.  the entry fee is 150 for a top payout of 1000.  Where else can you earn up to 1000 dollars for cooking 2 steaks.  one is practice and one is turned in for judging.  my practice steak, I cut up into bites and let folks try it.  When I offered a piece to the king of beef, Kent Black, he told me it was dang tasty.  So that was all the praise I need.  Kent Black is the owner of Blacks BBQ in Texas and they have the longest running bbq restaurant in Texas, going back 4 generations. They have even cooked for Presidents. I marinated my steak for 2 hours in a mixture of beer and rub.  then grilled it up.  It was delicious! 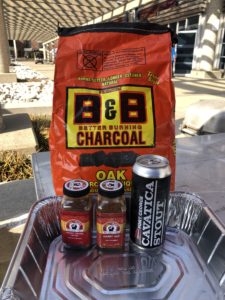 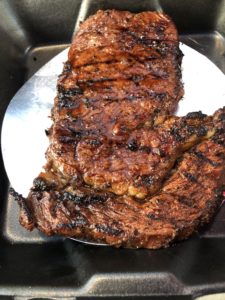 The final day of events was the big BBQ bash where folks from around KC were invited to come in and participate in cook offs, watch demos, and taste food around the courtyard.  It was a great day in the sun, and for this Oregon girl, it was very welcome, even though I got a pretty good sunburn.   That night when the BBQ convention was over, I wandered into town to check out the new taco dive that opened up this week to a whole lot of pomp and circumstance.  For being a celebrity owned restaurant, my tacos were surprising good.  Guy Fieri actually took me to flavortown!

My adventure came to a close and I had a very long day of travel to get home again.  But it lit a fire under me to make the most of the contacts I made, and add some new tools to my belt.   Thank you to everyone who has stuck by me, encouraged me, and loved me.  I have discovered I have the most amazing friends, and over the past 3 years I have learned who my real friends and family are.